< Back to Our Assets

The Ilijan Combined-Cycle Power Plant — located in Ilijan, Batangas — is the largest natural gas facility in the country comprising 1200 MW combined-cycle, dual-fuel electricity generation facilities with a design life of 25 years. Natural gas is the cleanest of all fossil fuels--synchronized with the Philippine government's efforts in promoting sustainable and ecologically-sound economic development through the delivery of clean power.

The plant is principally designed to operate as a base-load unit using natural gas from the Malampaya gas fields in Palawan, with diesel as back-up — promoting an ecologically sound operating environment. Integrated plant controls based on the ABB Bailey distributed digital control system enable plant operators to run the plant safely and effectively.

In February 2014, KEPCO Ilijan Corporation (KEILCO) was named as one of the top ten industries to have shown exemplary environmental performance during the Philippine Environment Partnership Program (PEPP) awarding ceremonies by the Department of Environment and Natural Resources (DENR). This is the second time the company received such award, the first was last October 2011. KEILCO was cited for its environmental programs, such as Balik Baterya, Green Procurement, Pawikan Conservation, and for being active in coastal cleanup and tree planting activities. KEILCO was also named as the Environmental Company of the Year in the 2009 Asian Power Awards, and in 2013 received the prestigious Excellence in Ecology and Economy (E3) Award from the Philippine Chamber of Commerce and Industry (PCCI).

The Safety Organization of the Philippines, Inc., granted KEPCO Ilijan Corporation an Award of Honor, last November 7, 2016, in recognition of its achievement in attaining 3,395,532.00 Safe Man-Hours continuously without Lost Time Accident (LTA) since March 2005 to August 2016. 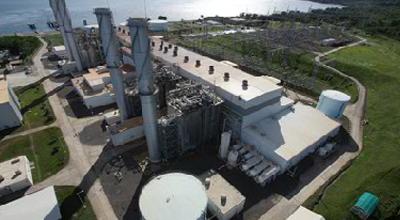